Quilapilún, the only free park in Santiago to know the native flora 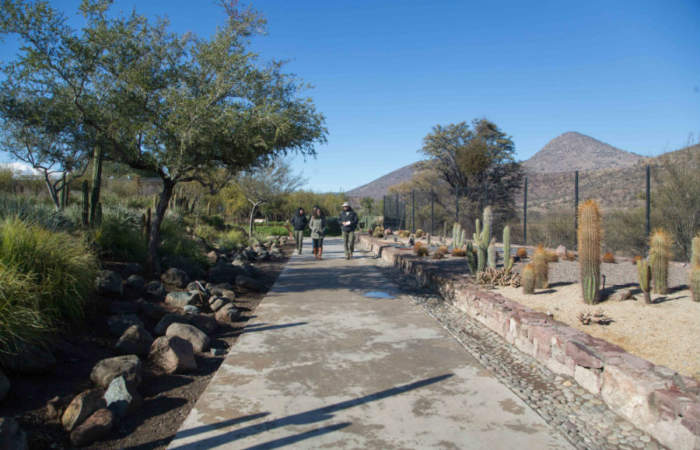 It is in Colina, just 40 minutes from Santiago, and it is a luxury to go there, because you will be able to know all the endemic plants of the central zone of Chile. If you go with children, they can help in an orchard or play on the swings or on the climbing wall.

He is about to turn seven, but not many people know about the existence of Quilapilún Park, a beautiful botanical garden that is in Colina (only 40 minutes from Santiago Centro) and that has a very particular grace: there the protagonist is the Endemic flora of the Metropolitan Region.Yes, as noted, here you can take self-guided tours (and also guided) to know the trees, shrubs and bushes that are typical of this Mediterranean climate zone, that is, they are suitable for receiving long seasons of heat and of not needing so much water. You will identify them because they have harder leaves and because they are the ones that you will always see in the hills of the regions of Coquimbo, Valparaíso, RM and O'Higgins.

Among them, stand out the boldo, the liter, the maitén, the molle, the quillay, the carob, the hawthorn, the añañuca and the palm, which are distributed in the 4.5 hectares that Anglo American had for its construction in 2012.

Be careful with landscaping, Consuelo Bravo did it in a well-ordered way and with enough space between each of the plants. Everything, so that you understand the importance of the conservation of these species of great biodiversity.

This, because the Mediterranean climate occurs in a few areas of the planet, including some cities in Spain and Australia, in California, USA, in Algeria, in Tunicia and, of course, in Chile.

From cactus to cinnamon in Quilapilún Park 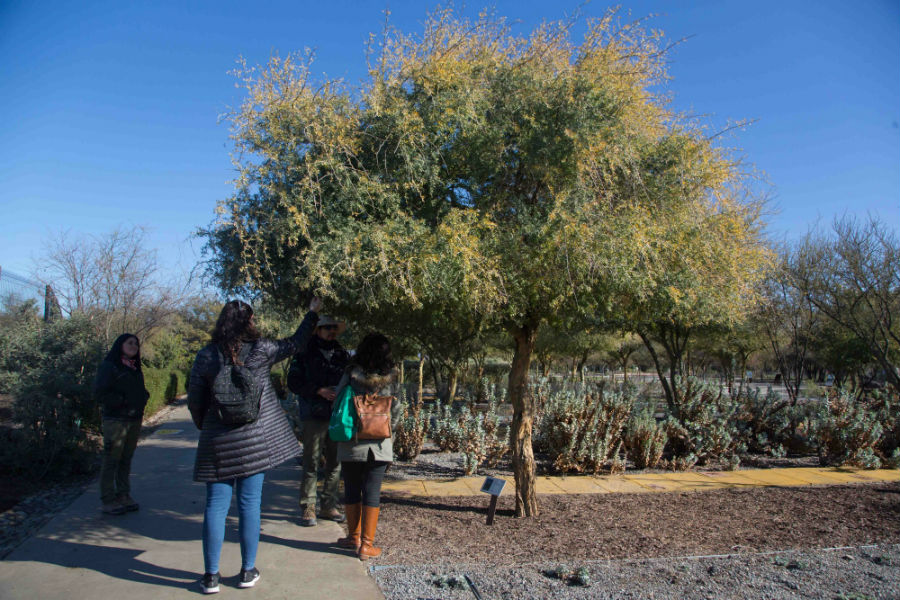 How to get there? You must advance along the Los Libertadores Highway until kilometer 34 (4 km inside Quilapilún crossing). There you can park the car to enter this quiet space that is open from Monday to Sunday, from 10 AM to 6 PM (except the first Monday of each month that they are closed for maintenance).

You will realize that you are close, because you will see the Quilapilún (“three ears” in mapudungún), a hill that has three little hills that look like ears on top. That's why the name of this green lung.

The park has more than 200 species of native and endemic flora of the Metropolitan Region, which are divided into four plant ecosystems: sclerophyllous scrub (small and hard-leaved), thorny thicket, spiny forest and sclerophyllous forest.

In addition, the gardens are divided by species, such as one of cacti, another of geophites or tubers, another ethnobotanical and, finally, one of endangered species.

Pay attention to the toromillo, a species of Rapa Nui, declared extinct 100 years ago, but which survived after the seeds found in the clothes of an English citizen who had died were reproduced.

The same with the cinnamon or "foye", the sacred tree of the Mapuche, and with the tamarugo, which occurs mostly in northern Chile. They are invited species that are not easy in the central area.

Eye: on the way you will run into anthropological pieces, like a huge little stone that the Llolleo culture used as a mortar. 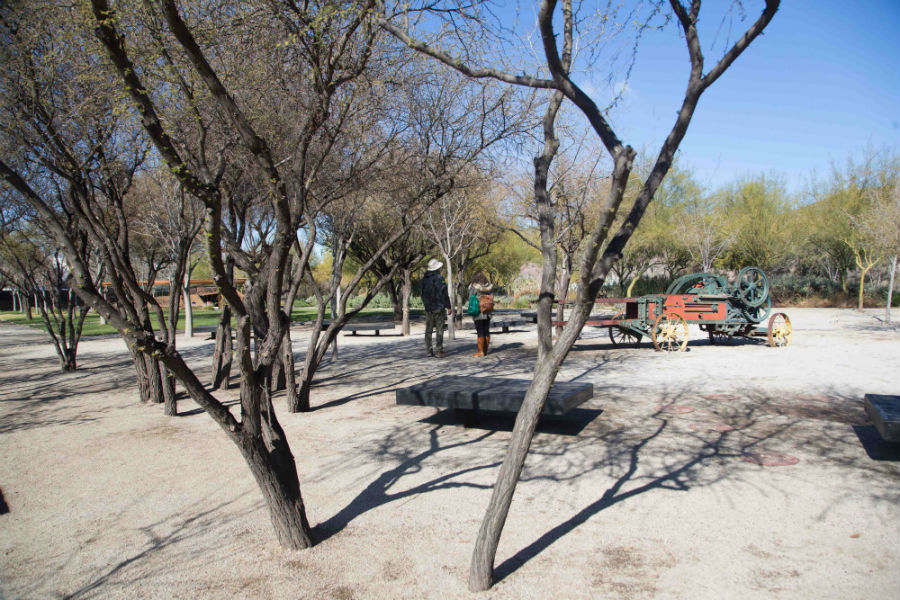 Although the park is designed for schools to go, to those who make entertaining routes that include, even, put their hands in the ground and participate in the planting or planting of the organic gardens that are right there.

You can also go on your own and spend a relaxing day in the picnic area, where you can not roast with electric grill (there are plugs). While you prepare it, children can have fun on the swings, boulder wall and tunnels they built especially for them.

Dogs are also welcome! Whenever you are responsible for your requirements, such as collecting your stool and keeping it on a leash. Now, if you do not arrive with the implements, ask one of the guards, because they can lend you from muzzle to bags.